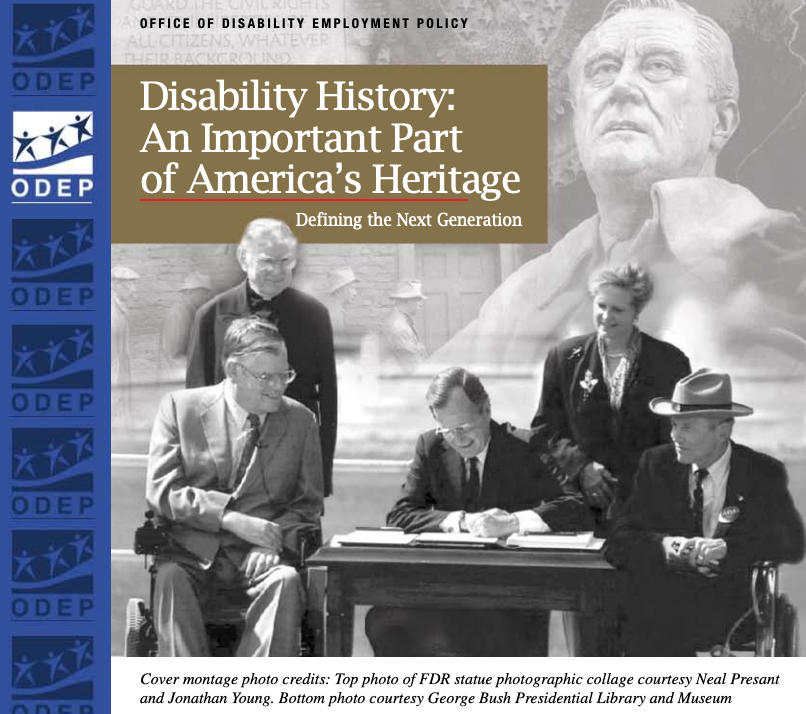 The Americans with Disabilities Act (ADA) was signed by President George H. W. Bush on July 26, 1990. As a result of this landmark legislation, communities and workplaces across the nation have become more inclusive and welcoming for America’s nearly 40 million people with disabilities.

Despite the ADA’s importance, however, many Americans are unfamiliar with the events that led to its passage. Inspired by the civil rights and anti-war movements of the 1960s and the feminist movement of the 1970s, disability leaders joined forces and took action, holding sit-ins in Federal buildings, blocking inaccessible buses from moving, drafting legislation, and protesting in the streets. And like the broader movements that preceded it, the disability rights movement had its own heroes and champions: Ed Roberts, Gini Laurie and Justin Dart to name a few.

Teaching children about the contributions of particular populations to our nation’s history, such as women and people of various ethnic backgrounds, has been recognized as important through the declaration of dedicated months as well as…Disability History_article

Keystone Learning Services is recognized as a leader in educational initiatives in Kansas. This is due in large part to the outstanding people we employ.  Our staff is comprised of people who want to help students achieve their dreams, work in a positive environment and appreciate the lifestyle possible in Northeast Kansas.